Building your own neat looking dressoir!

Wooden cabinet for many things

This project was originally indented to turn out into a nice dressoir for recycling purposes (bottles, paper, plastic). In the end it did not get that specific function but ended up in the living room instead. 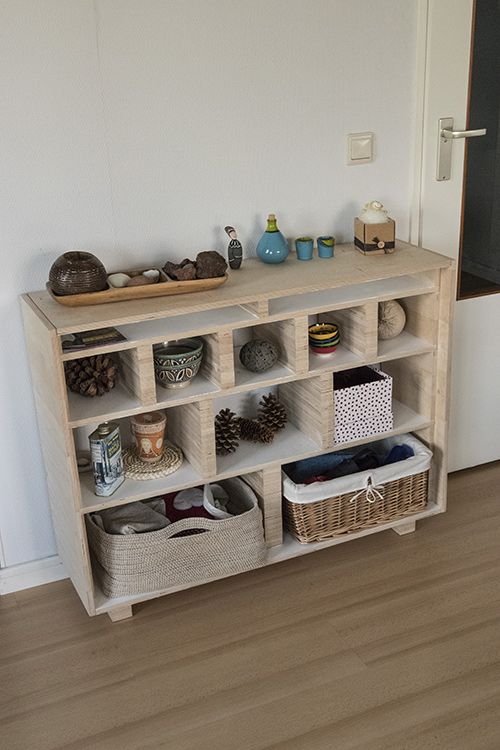 It was rather an ambitious project and require a lot of wood cutting and glueing. The whole construction is quite similar to the original plans, except for the sides. These would require about 110 pieces of wood which was a bit too much in my opinion. Originally the plan was also to add sliding doors in front of the dressoir but leaving it open was nicer when the purpose changed from the recycling to something for the living room.

You can download the plans here: Dressoir plans (pdf)

Please note that I made some adaptions and changed on the fly based upon circumstances. Also note that it's all Dutch but the dressoir is simple enough to figure out with just some number and is easily open for adaption. Multiplex was used to build it. 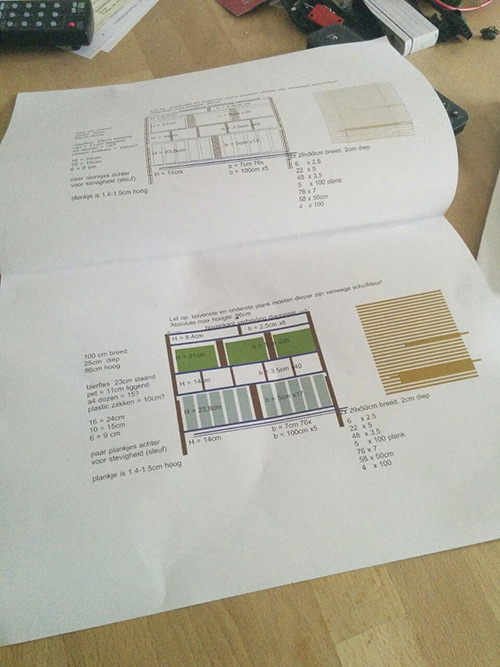 The plans are good to keep around when in doubt 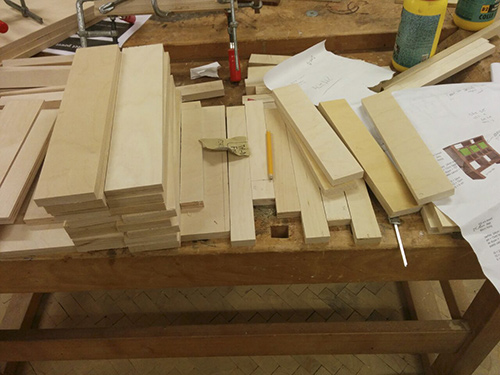 The dressoir consists of many small pieces of wood. 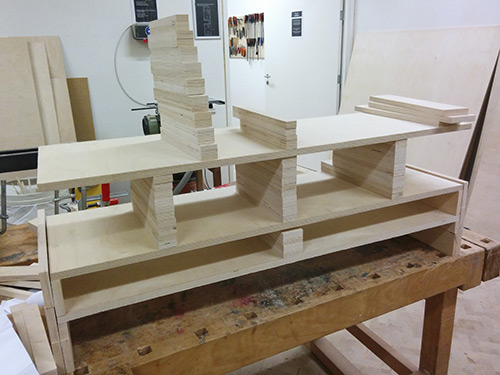 The different pieces of multiplex that make up the dressoir are displayed here.

Slowly but surely putting the pieces of wood together to make the separators for each shelf. 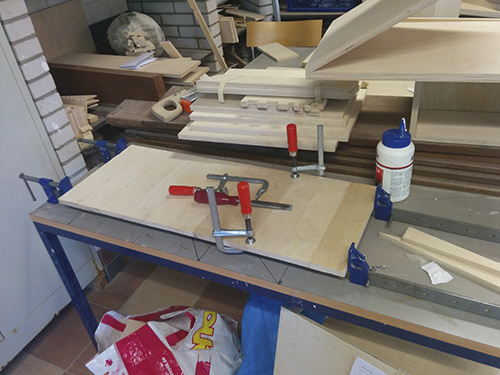 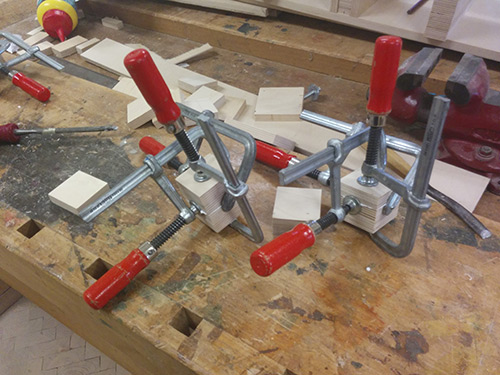 Preparing the feet with double glue clamps to avoid slipping. Originally these were supposed to be stacked pieces of wood too, but in the end became blocks. 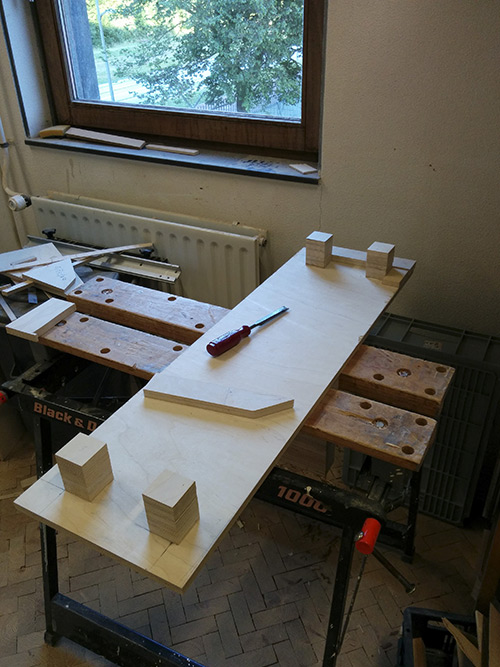 Positioning the feet at the bottom shelf. 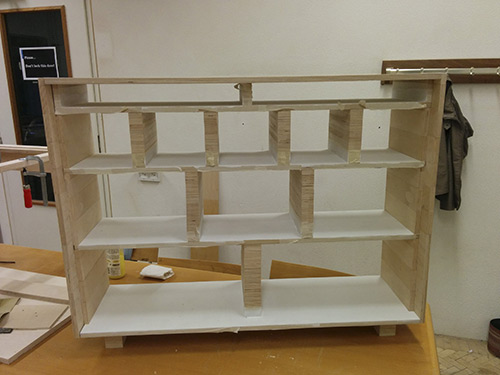 After first layer of painting with masking tape clearly visible. 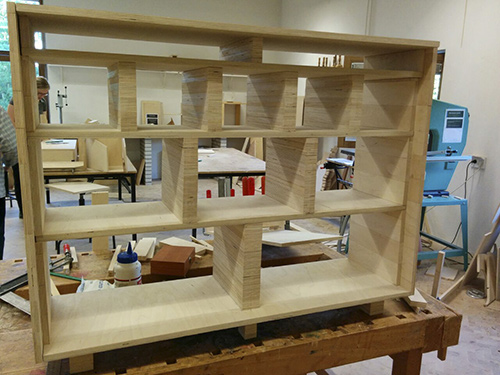 Testing the assembly as a whole. 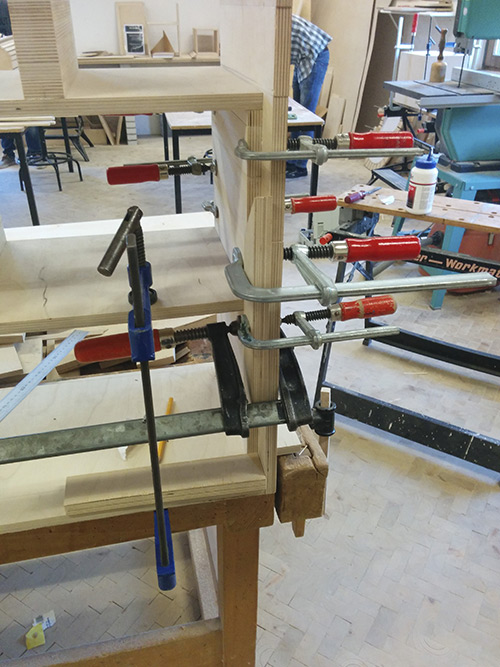 Preparing the double layered sides. The idea was to have a door in front of the close, which is why it would need a frame around. 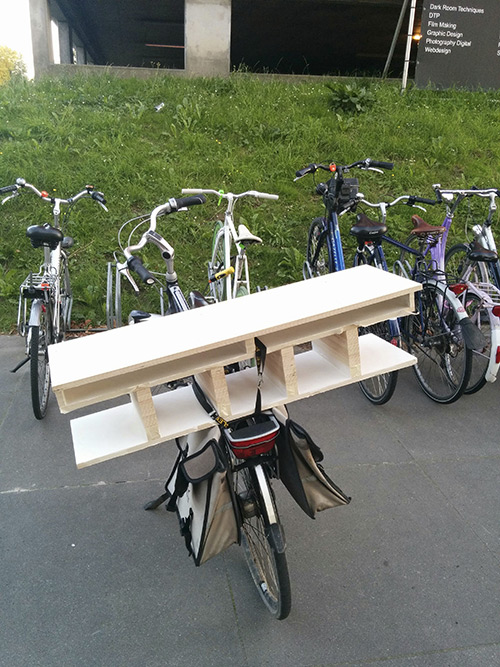 Taking it home the Dutch way