The Sustainable Delta Game is a group game which mixes playing cards and digital gaming. Small teams will have to decide which measures they want to implement in the virtual environment.

These decisions can be input using a playing card, which contains a QR code on the backside. This card is recognized by the game and the measure will be implemented: as a model input variable and visually in the 3D world. After every round a PCRaster model is ran at the background, which determines how many casualties, damages, etc. have been in the simulated 25 years.

Playing cards make it a lot easier to extend the game to more groups and gives everyone something tangible, instead of requiring one person to sit behind a laptop and controlling the interface. At Deltares we have successfully used this technique for other games (which unfortunately cannot be put on this website) and even with an age rage of 18 to 85 years everything went great!

When the facilitator runs the scenario for a set amount of time, results will be displayed in various graphs and status bar (such as number of casualties, costs because of drought, etc.). 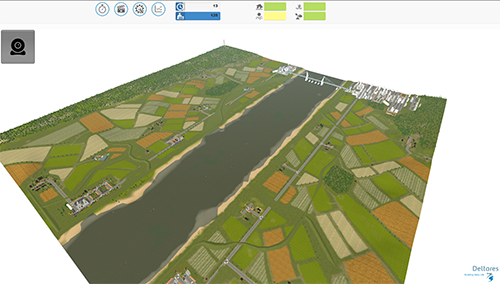 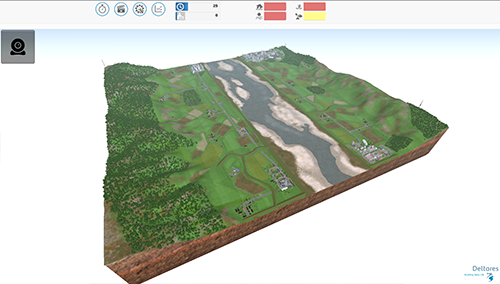 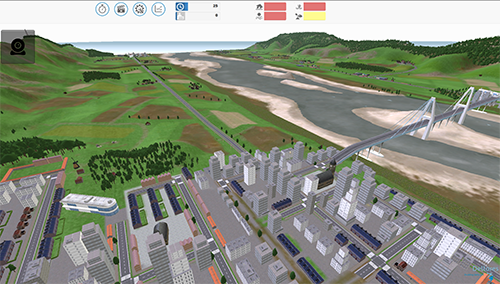 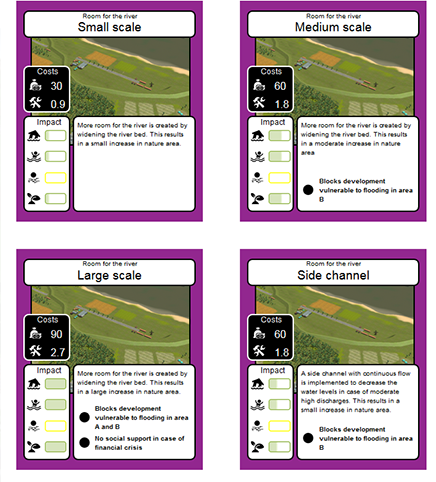 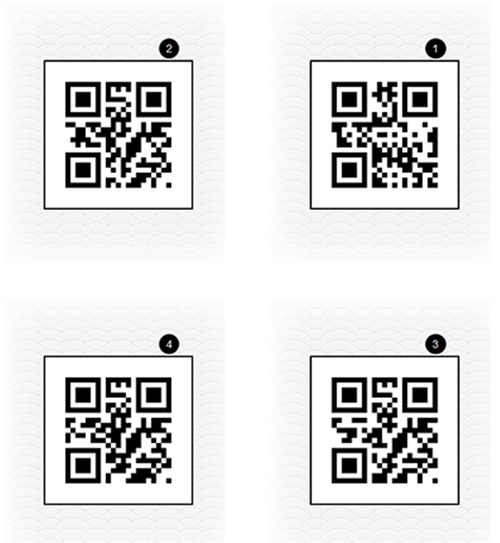 The cards are generated using a script which turns a CSV file into double sided playingcards. This means that everyone can change the game and print their own copy of cards very quickly. Only a scissor is needed after printing!