VB Fibre was a site I worked on for quite a while (2003-2005), demonstrating how the performance of Visual Basic 5 and 6 (not VB.NET) could be improved often significantly, or proving that commonly accepted programming habits might not be so good for the performance at all. The site is still online, and can be visited at persistentrealities.com/vbfibre

Now, one might think why this site existed, and why it is still running today? Creating game in VB5-6 has been quite popular during the time when it was possible to use DirectX functionality (DirectDraw, Direct3D) through a so called "typelib". First these libraries created by Patrice Scrib. Since DirectX7 (and until DirectX9, I think) Microsoft provided these typelibs as part of the SDK's.

This was great news as it allowed many VB5-6 games to be created! My favorite probably being Safrosoft's Rox (a YouTube video). 'Unfortunately' with the development of VB.NET, and other .NET languages, the whole community behind the VB5-6 games have moved along. Still, keeping the site online as-is, is still great for anyone that might ever try playing around with VB again. On my side it takes no effort, so thats why it is still online! Also, Persistent Realities also has a dedicated section about VB code for creating games!

Then you should most definetly still head to the old VB Fibre site: persistentrealities.com/vbfibre. Note that the site is left "as-is" content wise. 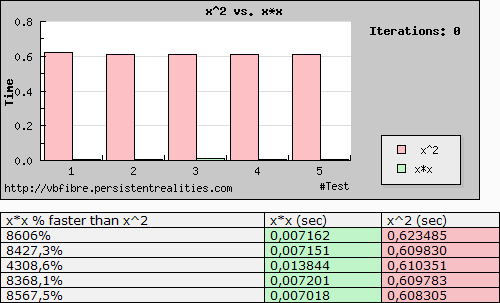