Bonseki (2008) was created using Unity. It was the first Unity project I have worked on. With a small team we worked after working hours and called the game "Bonseki" for the annual NLGD game contest. This was the only project which was made in Javascript, all other projects used the C# abilities of Unity because of various reasons such as syntactic sugar.

The game involves a garden which needs to be planted full with flowers and vegetables. Placing these elements will generate so called "seki points". The more points you get, the more the garden will become green and will start to flourish! 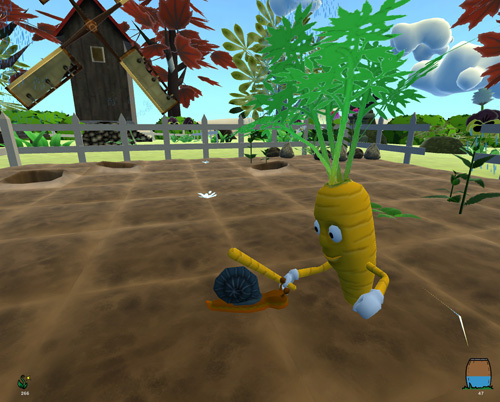 You can play Bonseki online, by going to this URL: persistentrealities.com/other/bonseki/.

Currently we are redesigning the game to be more appropriate for mobile devices! Unfortunately in the past there was more "after working hours" time available than now, 5 years later. Yet I cannot wait to bring a smile to someone's face by having a big carrot with a carrot club in a game!